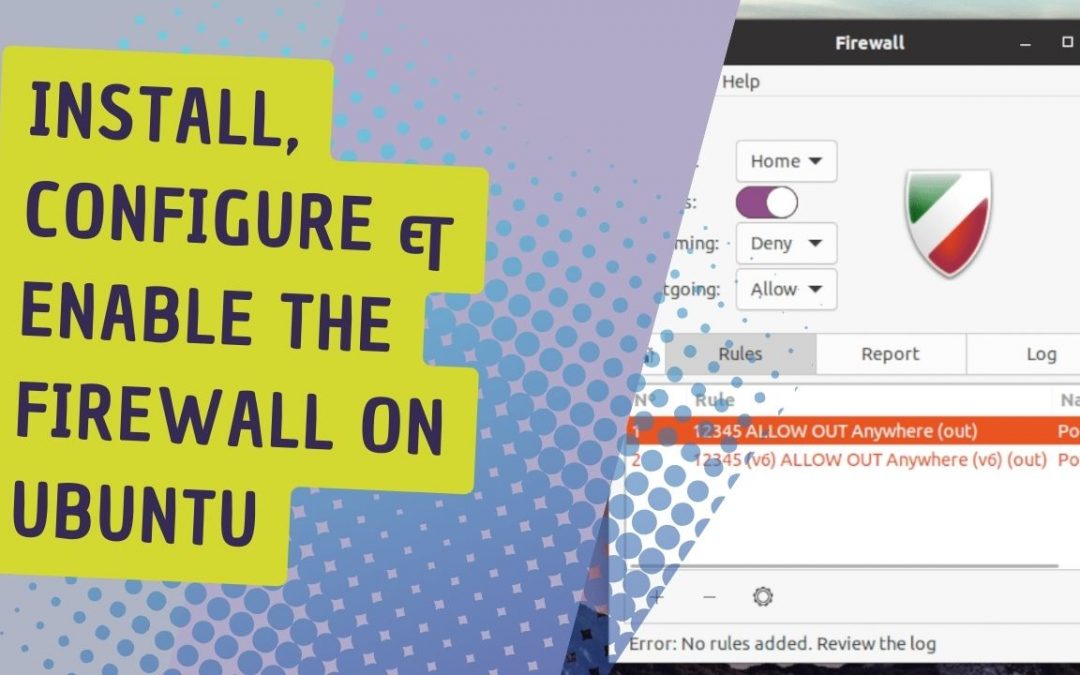 In this article, we will discuss about  “Install, configure & enable firewall on Ubuntu”. Remote Desktop Protocol is a proprietary protocol developed by Microsoft which provides a user with a graphical interface to connect to another computer over a network connection. The user employs RDP client software for this purpose, while the other computer must run RDP server software.

What is Ubuntu? The operating system in a short check

Ubuntu is an operating system like Windows or Mac OS X. The difference: Ubuntu is available to everyone free of charge.

Since every user can install Ubuntu on the PC for free, the operating system is usually only used on cheaper computers on which Windows is not preinstalled. Even if you don’t like Windows, you can quickly use Ubuntu.

Warning: Your system is not secure by default! To protect the server, install and configure a firewall immediately after deploying the server. This guide explains the installation and configuration of the firewall solution ufw.

To install and activate the firewall for your Ubuntu 18.04 virtual server, proceed as follows

First deactivate the firewall (usually it is already inactive).

As a first step we set everything to “deny”. Thus, all ports are closed to the outside.

So that you can continue to manage your system, at least open the port for the SSH protocol.

Alternatively, you can only enable access via SSH for certain IP addresses. If your IP address is 165.112.22.2, enter it as follows.

Then activate the firewall (confirm the question with “y”.

Then check paste the command below.